What is React Native development? A complete guide for 2022 The market is becoming increasingly saturated with mobile application developers. Equally increasing is the variety of tools for creating such applications. This has made it less challenging to develop an app, but it has also made it more difficult to select the appropriate framework for a specific app development endeavor. It’s already a challenge for business owners to decide this when they’re just starting.

The name “React Native” frequently comes up in discussions when talking about cross-platform frameworks. It is because it allows coders to build apps for both iOS and Android using the well-known Facebook Library React without having to create any platform-specific code. Like any sound system, it only needs to be learned once for use everywhere; its versatility aids in providing an exceptional user experience. Social media and transportation juggernauts have embraced React Native technology to build mobile applications.

Before settling on a course of action, however, it is essential to familiarize oneself with the essentials of React Native technology. Expertise is needed to determine if the job is the best choice. The ability to learn React Native programming is crucial if you want to create better apps and implement cutting-edge strategies for your company.

To help you get started with React Native, this post will explain how it operates and highlight its primary advantages.

What is React Native?

React Native is a free and open-source platform for developing mobile applications. It was developed by Facebook and is based on the well-known React web framework. Coders use React Native as software that can run on multiple platforms. Therefore, in contrast to Native technology, designed for only a single operating system, applications built with this technology are cross-platform. React Native is the first solution to successfully integrate the native and hybrid app worlds, even though it is not the first cross-platform app development solution. If we talk about the language used in React Native, then:

When using REACT Native, developers must create a single line of code for their app, and the end product is compatible with iOS and Android. The popularity of REACT Native has been rising recently because Facebook endorses it. And it has a big community built on the dependable ReactJS foundation.

How does React Native Work?

The user interface of a React Native app is written in JavaScript. In contrast to its rivals like Ionic, React Native does not use webviews but rather the native platform’s native resources. It uses native-written code, allows API access to OS-specific functionality within the app, and has built-in support for native views and components. It’s unclear how this transpires.

The versatility of React Native comes from its usage of the “bridge” idea, which enables asynchronous communication between JavaScript and Native parts. Although they use different technologies, native and JavaScript elements can talk to one another.

Using many OS-native capabilities is a benefit of this architecture, but it also presents substantial issues. For instance, heavy reliance on bridges within the program might hurt its speed. It is possible that React Native is not the ideal choice when developing an app with many events, a large amount of data, etc. For further explanation, continue reading.

For developing mobile apps that run on several platforms, nothing beats the efficiency and ease of use that an app like React-Native provides. Today’s business climate actively encourages using digital mobility solutions, and we’ve covered a lot of ground here on how to make the most of React Native. There are three primary aspects of React Native that you should be familiar with:

After a user performs an action in a mobile app, the search engine will index the corresponding JavaScript code. It improves UI reaction times.

It has to do with the structures that JavaScript can create. It modifies a picture-perfect view and sends the same data to the native app.

How Popular is React Native?

With a 38% share of the market, React Native is the second most popular cross-platform mobile app development framework. As of 2022, there are 105K React Native beginnings on Github, proving the framework’s popularity. If you’ve ever used the official Facebook app on iOS or Android, you’ve likely seen React Native in action. React Native is becoming increasingly popular as a viable option for rapidly developing native apps for several platforms without breaking the bank.

The following statistic of Statista will make it abundantly clear that React Native is not only surviving but thriving. With a market share of 38%, React Native is the number two cross-platform mobile app development framework. In 2022, React Native remains a well-liked option. You have most likely witnessed the native you react system in action

Key Plus Points of React Native

There are many pros and cons of React Native, but the framework’s high-quality features are what set it out as the finest. The standard of apps developed with React Native is high. Many developers favor native because it allows for easier code sharing and a more rapid development cycle for mobile apps. Due to its simplicity and scalability, React Native is used by the vast majority of app development firms. We’ll explain the features of this web development framework in case you’re curious.

React Native’s open-source nature is a strong point. The fact that so many different coders use remarkably similar tools is a significant phenomenon. The problems they encounter regularly or the issues they have to solve are all genuine and, in many cases, of the same variety. Using the React Native framework has benefits, including quick responses to developer questions and easy bug fixes. There are a plethora of online forums where you may find helpful advice and guidance on using React Native if you’re a developer in need of some support.

One of the main draws for Facebook is how much faster web pages built using React are to load than those made with regular Javascript. This is a crucial aspect of React Native since it predicts that consumers will view React-produced pages sooner than those created by other methods and hence be less likely to abandon it. On top of that, Google can scan and rank these pages more swiftly, a significant plus for web-based programs. What you just read about are the fundamentals of React Native. Aside from these fundamental characteristics, it also boasts a wealth of technical details that have evolved with each new release.

4. Easy to Use and Modular

4. Easy to Use and Modular

Mobile app consumers frequently depend on their choice of app on the design of its user interface. One of the most popular tools for creating intuitive mobile user interfaces is a framework called React Native. React Native UI makes it easy to plan the steps needed to build a primary user interface for a mobile app. Compared to the speed of traditionally designed Android apps using any other JavaScript framework, React Native performs substantially better.

Utilizing external libraries is always an advantage. This provides developers with a significant amount of flexibility. The results of this are both positive and negative. Using React Native, it’s simple to include code from other developers’ projects. Any React Native developer can feel comfortable using unofficial or alternative libraries. This is why React Native technology has become so influential so quickly.

Every developer will agree that the installation process is arduous and uninteresting. However, this problem can be solved with the help of React Native. Installing React Native is sped up by using NPM (Node Package Manager). More precisely, you don’t need any prior knowledge of React Native to use this framework if you have a basic understanding of the NPM commands.

Some have speculated that Respond Native is the natural progression for mobile devices after React. It builds upon the ideas of React and makes it possible to create highly functional mobile apps. Actually, unlike the native frameworks, React Native has an interesting extra feature: the ‘live reload’ function, which allows you to instantly see the result of your most recent code change. If you have two windows open on your computer, one with the code and the other with the mobile screen, you can see how modifying one window affects the other.

The accessibility improves with the React Native build. There has been some development since the last Accessibility API announcement. There are alterations to many other factors, including but not limited to roles, action support, flags, and many others. Support for “reduced motion,” improved accessibility features for the Android keyboard, CALayer for drawing text, etc., are some significant updates.

You can’t take React Native’s performance for granted, as it will be a deciding element in the success of your next project. Consequences, such as lower engagement and conversions, await any organizations that choose not to optimize their performance. These are some of the most common obstacles that must be overcome before a developer can release a high-quality mobile app. Using these suggestions, it is time to create a change.

Despite this, you should pick a dependable and efficient React Native app development company that can keep an eye on all these difficulties and appreciates the significance of performance in your React Native apps. We hope we were able to nudge your understanding in the direction of these mediums. You can contact us with any questions you may have or if you’re ready to have your company’s own React Native mobile app built. 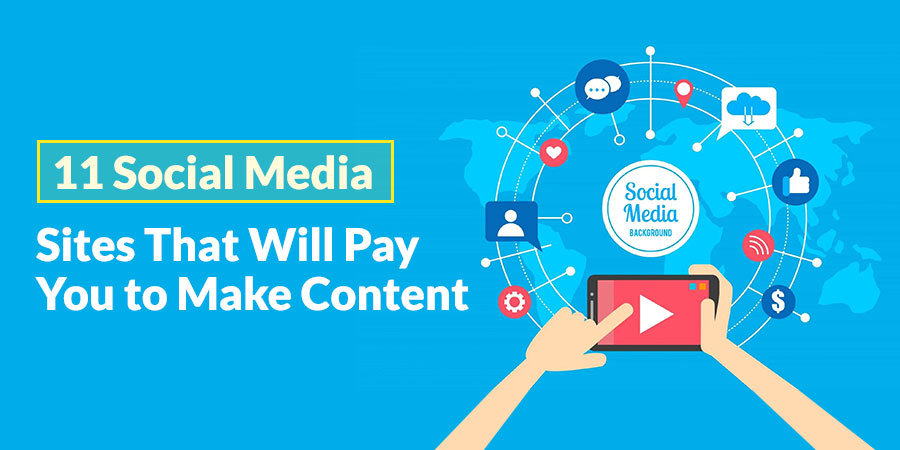 11 Social Media Sites That Will Pay…

There are various ways to monetize your content outside corporate partnerships and paid promotion. Several social media networks recognize creators'… Having a website with a modern design is crucial if you want to get the trust of your target audience.…