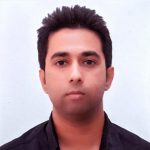 But first, let’s give a quick look over some introduction parts.

When it comes to cross-platform mobile app development, programmers prefer React Native as a mobile app solution. Developers are fond of React Native because of its fast, easy, and budget-friendly features. In fact, according to the report of BuiltWith, there are at least 10,418,340 live websites using React, and there are 40.14% of developers preferred React Native over other frameworks.

React Native is one of the most established mobile app development frameworks and has been praised for its “learn once, write anything” objective which means you get a native feel and look of your app for both Android and iOS and you may include platform-specific modules.

To build native mobile applications, coders have to write a separate codebase for both Android and iOS. This means the native iOS and Android teams have to handle one project with different speeds and approaches, creating inconsistency. Additionally, mobile iOS and Android developers cannot switch their platforms in the case of native languages. This increases the overall cost of mobile app development.

However, with React Native, only one team for Android, iOS, or JavaScript developers is required to code the mobile application on multiple platforms. This increases the flexibility of the project and makes it flexible for developers to update and upgrade the mobile application. The best part of this framework is that most of the code can be reused, which reduces the cost of app development to a large extent.

There are several pre-developed components in Reactive Native, which mean developers do not have to write code from scratch. Code is already written, and coders only have to implement it as per the app’s requirement. For example: React Native provides in-built component libraries and UI (User Interface) tool kits which helps them to build an appealing interface in no time. Here are some of the user interface component libraries of React Native:

In addition, React Native offers reusability of code, so most of the code can be reused between iOS and Android.

Reactive Native performs the same as native mobile applications built specifically for Android and iOS. Because of the pre-built native components of Android, it integrates into native APIs directly and independently. Moreover, JavaScript is executed in a separate thread from the user interface and native API, which helps increase the performance of the applications.

Debugging the native mobile was a tiring process for mobile app developers. But React Native has made it easy for codes with its ‘Fast Refresh’ feature. This feature provides ease to mobile app developers as they can quickly visualize what is created. It enables developers to see how the modifications to the code affect the iOS and Android app while it is running. The developers can efficiently reduce the debugging process and eliminate iterations by visualizing the changes immediately in the live preview.

Programmers always seek a stable framework that helps them resolve errors and doesn’t contain breaking changes. In mobile app development, breaking change may cause other components to fail. But this is not the case with React Native. However, during the early days, when React Native provided frequent release updates, it caused issues for developers who didn’t want project updations.

New open-source React Native releases follow a monthly training release on GitHub’s react-native releases repository. When its latest version is released, contributors identify the issues and changes. After resolving, the released version is promoted to be a stable version.

As discussed earlier, React Native has a pre-built component that allows developers to create an engaging user interface. If developers seek a touch-based input, they can use TouchableOpacity and TouchableNativeFeedback to build their own components. The reason behind the popularity of React Native is its Native UI elements that can be changed in the runtime without reloading the application. This way, developers can easily focus on the business logic, and React Native, being cross-platform app development itself, takes care of the product’s visual appearance on Android and iOS.

Developing a code is not only about writing a code; it needs more than that. It requires repetitive and monotonous tasks like:

Generally, services and tools are used for these tasks, making the development process more manageable. It simplifies the process of application building and allows developers to focus on bug-free codes.

The main problem with React Native is that it does not entirely support all Native Features available within Android and iOS. Therefore, if the programmer doesn’t want to wait for Facebook to provide exceptional support for the feature he needs, he/she might have to stick to the native module in some cases. Especially when it comes to navigation components for screen transitions, React Native really lacks supporting the native feel and look of iOS and Android mobile applications.

Debugging is Difficult in React Native

Another flaw of React Native is it makes debugging difficult for developers, especially newbie developers, as they have to depend on the chrome debugger to edit every element. Thus, it is a pretty tedious process when the application grows and has several screens. In addition, React Native is built by using JavaScript code and doesn’t debug these codes. Thus it may require basic knowledge of the native language to communicate between the native environment and the thread in which JavaScript code is executed.

React Native does not support multiple processing because it is a single threading framework. So when programmers need various processes to happen, other components have to wait until one component is being rendered. And this comes with the result of slow performance when developers want to execute multiple processes in parallel.

For example, if developers build a live streaming mobile app, adding a chat feature is pretty tricky. But, this application may successfully work in devices with higher RAM, and processing power may work, but performance can be slower.

Developers need to create new mocks whenever there is an update in this framework, and old ones need to be fixed according to new updates. It is even more tiring in the case of native or third-party modules, as coders need to mock them manually. Also, new updates slow down the application’s performance.

React Native is Difficult to Learn

It is not that easy to learn React Native, especially when you are new to mobile app development. To learn React Native, developers need to know the basics of coding skills and even need to understand how the JavaScript programming language works. This is due to the JavaScript syntax extension, where the HTML element gets combined with JavaScript. And a beginner won’t find it that easy compared to other cross-platform applications.

As you can see on the above blog, React Native development has advantages and disadvantages. So it is up to you to decide if it is worth considering or not. However, a native Android and iOS app solution is still the best choice for projects whose user experience and performance have absolute priority.

But if you have budget limitations and a reasonable UX and performance still need to be achieved, you must try React Native. But to make a final decision, it will be good if you consult with a professional React Native app development company as they will give you the right suggestion. If needed, they will also help you with the development process.